Andrew Klavan is an author, screenwriter, and host of The Andrew Klavan Show. He is also a contributing editor to the Manhattan Institute’s City Journal, for which he travelled as an embed reporter with American troops in Afghanistan. A five-time nominee and two-time winner of the Mystery Writers of America’s Edgar Award and a recipient of the Thumping Good Read Award, Mr. Klavan has written for numerous publications, including The Wall Street Journal, The Washington Post, and The New York Times. He is the author of numerous novels, including Nightmare City, the Homelanders series, the Mindwar trilogy, Don’t Say a Word, True Crime—which was made into a film by Clint Eastwood—and, most recently, Another Kingdom. His non-fiction writings include a memoir of his religious journey, The Great Good Thing: A Secular Jew Comes to Faith in Christ and a book of satire, The Leftese Dictionary. He has written a number of screenplays, including A Shock to the System, which starred Michael Caine, and Gosnell: The Trial of America’s Biggest Serial Killer, starring Dean Cain.

Andrew Klavan has a youtube channel at the link below:
https://www.youtube.com/playlist?list=PLlVjFVMet3OW70ANshnGA9QpxO7LLCjrt

Hillsdale College has several free online law and freedom and history courses you can sign up for at:

TABLE OF CONTENTS 0. Introduction 1. Logical Conflicts with Trinitarianism 2. How Does Jesus’ Resurrection Fit the Trinitarian View of God? 3. Origin of “the… 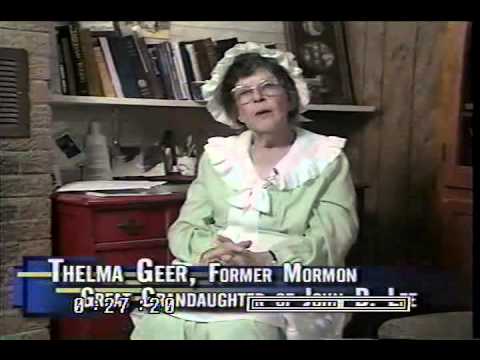 This article will examine doctrinal errors commonly found in pseudo-Christian religious sects, what is wrong with their views, and why those views are entirely incompatible…

Like Moses and his successor Jesus, this ministry seeks to liberate people from slavery to governments and more generally, to sin itself. “Is this not…

1.  Introduction A frequent question we get from prospective Basic Members and Member Subscribers is the following: “Exactly what is life intended to look like…

SEDM is an entirely Member sponsored charitable religious ministry. We depend on your donations to maintain and improve our site, and to have resources to serve all of you.

THANK YOU to our valued Members and Member Subscribers. You are very appreciated. We work hard to earn and deserve your trust. Your participation, contribution, and constructive feedback is what allows us to fulfill our important mission and be a meaningful and relevant catalyst and force for good, empowerment, inspiration, and hope in an otherwise lost and dark world.

If you frequently use this site or find our work valuable or useful or rare, please consider donating to our worthy cause. Very few others we have found even come close to our high standards of scholarship, credibility, evidence, and quality. That is why we had to create this site to begin with because: 1. The subjects we cover cannot be found anywhere else on the Internet; and.. 2. We couldn’t find anyone who met our high standards of court admissible evidence upon which to base our beliefs. This site started as a repository for our own detailed research on the subjects it covers and blossomed into a ministry to lovingly do the same thing for all Truth seekers.

WEBSITE UPDATES HISTORY*: Click here for the website updates history. You must be a Basic Member or Member Subscriber who is logged in to view the list of site changes. Our SEDM Resource Revision History, Form #01.009 also has a complete revision history of every document on this site. This will save you tons of time finding out what changed and when it changed.

Please confirm you want to block this member.

You will no longer be able to:

Please note: This action will also remove this member from your connections and send a report to the site admin. Please allow a few minutes for this process to complete.